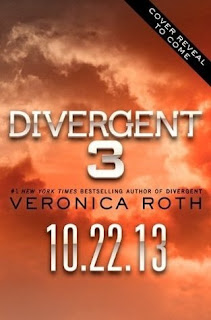 On the 18th of April, Veronica Roth announced the title of the third book in the Divergent trilogy, Allegiant.

I was really hoping the title was "Detergent" - I don't know about you? ;)

When I first heard that Allegiant was the title, you could say I was slightly disappointed, it doesn't end in "-ent"!! But that is more of a minor point, it isn't such a long wait now though.

The title does build quite a bit of buzz about what could be inside, the definition of Allegiant?

1a: the obligation of a feudal vassal to his liege lord  b (1): the fidelity owed by a subject or citizen to a sovereign or government (2): the obligation of an alien to the government under which the alien resides
2: devotion or loyalty to a person, group, or cause "
We definetly know that there is going to be a war, can we expect back-stabbing and betrail? Loss? A death? What about the unforgettable family connection we learn about? Do they join together? Post your ideas below!


With the title announcement, fans have jumped towards their computers to make their own covers! There are so many now but which one do you like? Here are a few: 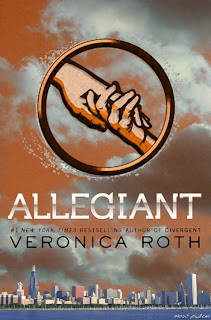 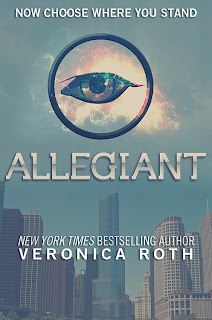 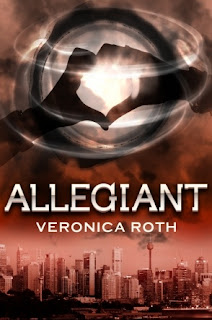 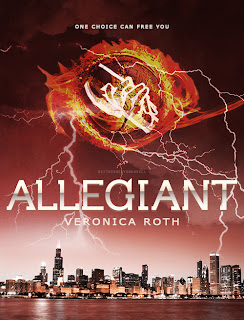 Is there one which you think has got it closest? What do you want to see on it? Which fraction is going to be on the cover? I'd love to hear your thoughts, or if you have made your own cover, post it below for everyone to see!
Posted by Sabrina Yam at 4/20/2013
Email ThisBlogThis!Share to TwitterShare to FacebookShare to Pinterest
Labels: Allegiant #3, Breaking News, Veronica Roth Divergent